Westport, Connecticut, February 22, 2017 Swoogo is proud to announce today the launch of Swoogo Mobile, now making it easier than ever for customers to offer their critical event information on the go.

Designed as a seamless integration with Swoogo’s desktop application, Swoogo Mobile takes the same ease-of-use approach as the company’s main product, allowing users to create their unique event app with the same highly-intuitive functionality that customers already know and love.

Features like the highly coveted drag-and-drop widget tool are present in the new mobile app builder, allowing users to quickly add functionality like registrant lists, schedules, twitter feeds, speaker lists, and more. Just like users can preview what their event site will look like on a phone or tablet from the web application, a quick download of the preview app allows users to get an immediate idea of what their event will look like on Swoogo Mobile.

One of the new mobile offering’s most exciting features is real-time data integration, making it possible for updates made on the web to appear instantly on mobile, and vice versa. “We’re really excited to be releasing a mobile product that is not just integrated with a registration solution, but that’s an integral part of it,” said Swoogo’s Founder and Lead Developer Tim Cummins. “The mobile product is built right into the same code base.”
The news packs extra punch for users running small events that wouldn’t typically justify a stand-alone app. With Swoogo Mobile, it’s possible to create a single app that houses many events, allowing registrants to easily select the offering that’s most relevant to them. By using a single app to support multiple offerings, the cost per event is significantly reduced and the opportunity to have a mobile app is democratized.

“We’re so excited to bring Swoogo Mobile to our customers,” said Swoogo Director Leonora Valvo. “It’s another step in our mission to bring highly-functional, intuitive event technology to market at accessible prices. Our users’ customers expect mobile access: we’re proud to be making that a real, affordable possibility.”

The announcement of Swoogo Mobile comes on the heels of a plethora of other exciting news out of the fledgling event software company. Just this month, Swoogo realized $1M in total revenue, an achievement that came at nearly unprecedented speed for the less than two-year-old company. Swoogo has also proudly announced their participation and leadership in the Event Tech Tribe, a seamlessly networked set of event tech companies working as an integrated solution to offer customers a one stop shop for best-in-craft event products. 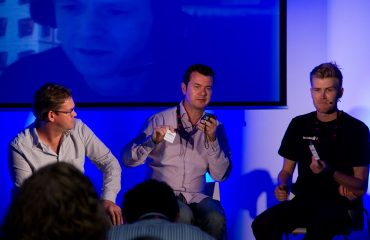 ShowGizmo appoints industry expert Steve Mackenzie to the Board of Directors 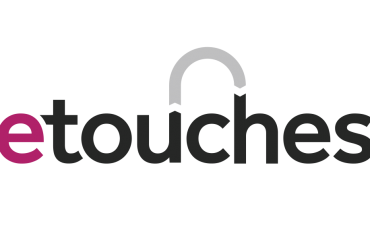 .@etouches to Hire 100-plus People by End of 2017 to Sustain Dynamic Enterprise Growth