Survey: What Keeps Planners From Adopting New Technology by @ChadKaydo

In a new survey by The X Letter, 84 percent of event planners say it’s important to guests that events and meetings incorporate the latest technology.

The survey is part of a new trend report, “The Next Tech Trends for Live Events & Experiences,” published by The X Letter and written by Chad Kaydo, the former editor in chief of BizBash.

Survey respondents also agreed on the leading factor keeping them from adopting new tech solutions: 77 percent named budgets or costs as a factor. Fourteen percent said their event team is resistant to change, while 37 percent said management or clients were resistant. (Respondents could choose multiple answers.)

Some planners admitted their own reluctance as well: A quarter of respondents admitted “I don’t completely understand what’s out there,” and 12 percent said their own fear of potential problems was a factor. Twelve percent also said current technology isn’t up to snuff. 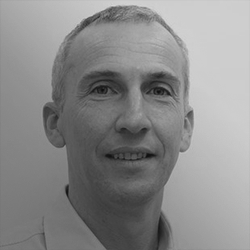 {Ask the Techxperts} Marco Gilberti jons the Board of Directors for @DoubleDutch, Bringing 20 Years of Event Experience
Previous Article

Event Tech of the Week: @Boomset
Next Article