Welcome to techsytalk’s unscripted  – where for 29 mins, we take you behind the scenes of the events industry for candid conversations with Event Hustlers. We air on video biweekly using the blab platform to interview events industry players and find out about the people behind the hustle. We’ll also share industry trends and things we think you should care about as an event professional.  Logon and keep us company by clicking the images below! Or, join us on itunes Podcasts or Stitcher to catch the shows after they’ve happened live!

Alon is the Co-Founder, CMO & BizDev of Bizzabo, the world’s first all-in-one event success platform. At Bizzabo, Alon manages the U.S. operations and devises all aspects of marketing, business development, strategy and sales.

Launched in July 2012, Bizzabo helps organizers create successful events by empowering them to build amazing websites, sell tickets, grow communities, go mobile and maximize event experiences – using a beautiful, user friendly platform. Bizzabo is used by thousands of conference organizers from around the globe and is often named as one of the most promising of Israel’s startups.

In 2013 Alon was named one of the meetings industry’s “40 under 40 young leaders”, as well as one of the top 10 Israeli CMOs. In 2014 he was selected to the exclusive NYC Venture Fellows Program. Prior to founding Bizzabo, Alon was a senior startups analyst at Plenum and was COO at AYADR Investments. Alon graduated with honors from the Interdisciplinary Center Herzliya, where he was selected to participate in the prestigious Zell Entrepreneurship program.

Alon is a scuba diver, snowboarder, aspiring poker player and a natural networker, fulfilling his passions for connecting people, technology and adventures 😉

.@ShowGizmo CEO @Marie_Clair named as one of the Top 25 Smart Women of the Events Industry 2016
Previous Article 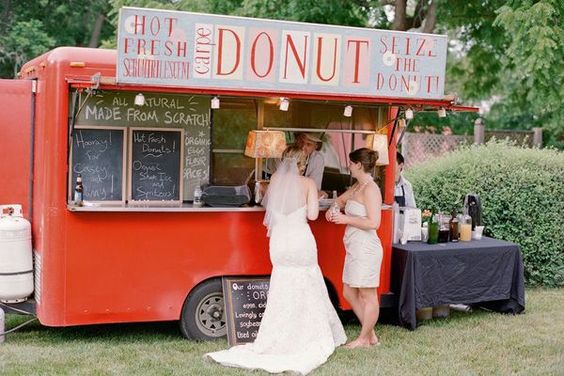 We Pinned It: Unconventional Weddings
Next Article