If it’s true that the greatest companies are founded on their ability to fill an important need, then InitLive has indeed carved out a great place for itself in the event industry. Founder Debbie Pinard has designed a mobile device app and cloud service for managing staff and volunteers at events. Its interface is practical, sleek and user-friendly, and it is poised to be further developed in a number of useful directions.

InitLive was one of the exhibitors at this year’s techsytalk LIVE event in August. Debbie and I spoke about the development of InitLive out of her long career of PBX phone system development, including over 50 patented inventions.

Deborah Oster Pannell – What types of things have you patented?

Debbie Pinard – When I was working at MITEL, which is a PBX company, it all had to do with call control and features and things for the PBX, but for InitLive I filed four – one of them is on the architecture and the way that we get to the group of people to communicate with… So basically when you’re in the middle of an event on event day, and something happens, you want to be able to contact the right set of people. So we have this broadcast feature which lets you select based on, say, everybody who’s scheduled now, who’s checked in in the security role. And it narrows it down to those people. Because they change from hour to hour, possibly, right? So that’s one of the patents. Or you can actually pick the place that they are. So we do multi-venue, multi-location – let’s say it’s a run, like a marathon or something. So you can say something like, “Station three, anybody at station three, I don’t care what role you’re in, I need to tell you blah…”

The goal of InitLive is to replace walkie talkies, and then go one step further than apps like Voxer. With its unique, patented filters, it offers options such as being able to reach out to people at specific locations, in specific positions, at specific times. It offers distinct interfaces for both administrators and personnel. It also assists in maintaining minimum staffing levels in any one position, based on real time employee and volunteer check-ins. 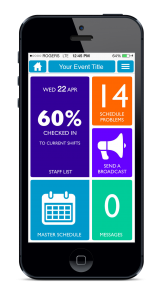 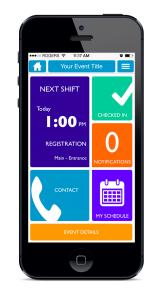 DP – So it will tell you automatically on the phone, which shift roles are in trouble and recommend the best people to replace them with and let you press a couple of buttons and automatically boom, you’ve fixed the problem.

One of the patents is, “Where Are You, I’m Here.” If you want to find out specifically where somebody is, you can say, “Where are you?” and they just press a button saying, “I’m here,” and the phone sends back and shows you exactly where they are. We don’t want to have a big map of where everybody is, because that’s not useful, and it’s hard to do on a phone, but if there’s a certain person you need to get a hold of, we also have the full roster of people with all their contact info and their individual schedules, right on your phone.

DOP – That’s awesome. I already love this app… So what makes you most passionate about this, what drives you? I mean, you’re clearly tech minded and you love inventing things. Is it purely that or is there something deeper that’s made you focus your tech acumen in this direction?

DP – I had the idea for an architecture for a communications system. I started with events, looked at the participant side and that was really, really crowded. Then we talked to a bunch of event planners and we kept hearing volunteer management, volunteer management, so they’re using Excel and email, basically, and walkie talkies. Now, we’ve done a couple of events where we’ve found a lost kid. So that makes me happy, because you don’t want to announce that over a walkie talkie, that you’ve got a kid lost, right? Or, we’ve been at shows, and then a customer comes up and looks at it, and goes “OMG, where have you been all my life?” or, “I think I love you.”

DP – And wait till you see our user interface, you’ll fall in love even more… We’ve gotten a lot of feedback about how easy it is to use, so that’s another thing that makes me happy. And the other thing is, I’ve been around for a while, let’s say, but most of my team are in their 20’s, so they’re very young and energetic, so that pumps me up, makes me want to come to work, because they’re so enthusiastic.

DOP – I know, I’m old. I need some young people around to help… Is there another direction you’d want to see this project go in, in terms of future growth and development?

DP – We’ve had interesting talks with disaster relief people, so where you have the event pre-set-up, and then if something happens, you can set up instant communications with a group of people. We’ve been looking at implications in the security business where you’ve got people who are temporarily doing something, either in security or crews of people temporarily together [like day crews who come in beforehand to do stage set-up], and depending on the day it could be a different group of people… We initially started off with volunteer management but quickly realized it was really staff and volunteer management, because the app doesn’t care if the person using it was paid or not.

DOP – Right, it’s just about filling the role and making sure the jobs are being done and everything’s covered.

DP – Yep, and being able to communicate with everybody when things happen.

DOP – Is there any overarching philosophy you have with regard to the use of technology that you think plays into the way you are developing your product and talking about it to people?

DP – Yeah, it has to help. Number one, it’s got to solve a problem… When I started doing programming, it was punch cards, right? And now, I can demo my product to anybody on my phone, anywhere, anytime, which I just think is amazing. I mean even when I was back developing PBX’s, everything was in house, like the operating system and the file system and the database… because we had to develop all of it, all the hardware, all the software. Now, Amazon has done all that, and we just have to plunk our software on it, and we’re connected from anywhere.

DOP – So you use Amazon…

DP – …as the back end that hosts everything, yeah. And it’s fast. We were at a show in Barcelona, and the service is currently running in Virginia, and we were demoing the product in real time, no problem. It’s just so amazing. And mobile. We were mobile first, we say. Because we started from the device and said, “OK, what do people need on the day of the event, on their device?” and then we created the backend to support that.

DOP – We all make mistakes along the way as we’re pushing into new territory. Have there been any mistakes you’ve made that you feel have led to significant lessons you can share with us?

DP – I have in the past, and even with this company, hired the wrong person, and it has devastating consequences to the team. In a start-up, because there’s not that many people, and you’re working really, really hard, long hours, trying to get stuff done, if you’ve made a bad hire, or somebody that doesn’t believe in the vision or just doesn’t get along with the rest of the team, or just can’t cut the pace that we’re at, it’s much bigger than the 1% or the 10% that they make up of the team. It influences the whole team, and can bring the whole team down. And it’s amazing, actually, because you’re scrambling to pick up the slack for them, and everybody’s worried about it and they’re not concentrating on what they should be doing. So it’s hire fast and fire fast, unfortunately, but you’ve gotta do that sometimes, especially with a small group that’s under a lot of pressure.

DOP – And you’re not the only one who’s said that, or something to that effect. I think that’s a lesson that a lot of us are still learning about really cultivating the right team. It’s so essential. You don’t realize it until it’s wrong, and when it’s wrong it’s just so bad.

DP – And right now, I am so blessed. The team I’ve got right now is so good.

DOP – The only other thing I would ask you is if you’ve ever gotten any great advice along the way or something you’ve learned that you want to pass on?

DOP – Haha – that answers my question, doesn’t it?

DP – The biggest thing is, get to know your customer. You get techies, and they think things are cooler than sliced bread, but it really doesn’t solve the problem. Or, it’s cool to them but nobody would really use it. We talked to a lot of event planners before we started, to find out how they did things and what they did and what their problems were, and then asked, well if we did this, would you buy it. Because if you don’t do that, then you’re just creating a product for no reason and spending money for no reason.

DOP – Thanks – I’m psyched about your product!

DP – Another thing we’re working on right now is multi-language, so it will be global. And we’re lucky again, we have a very diverse team, so I’ve got five languages covered just on the team.

DOP – That is great.

I urge you to check out InitLive for your next event. I really think this one is a game changer… 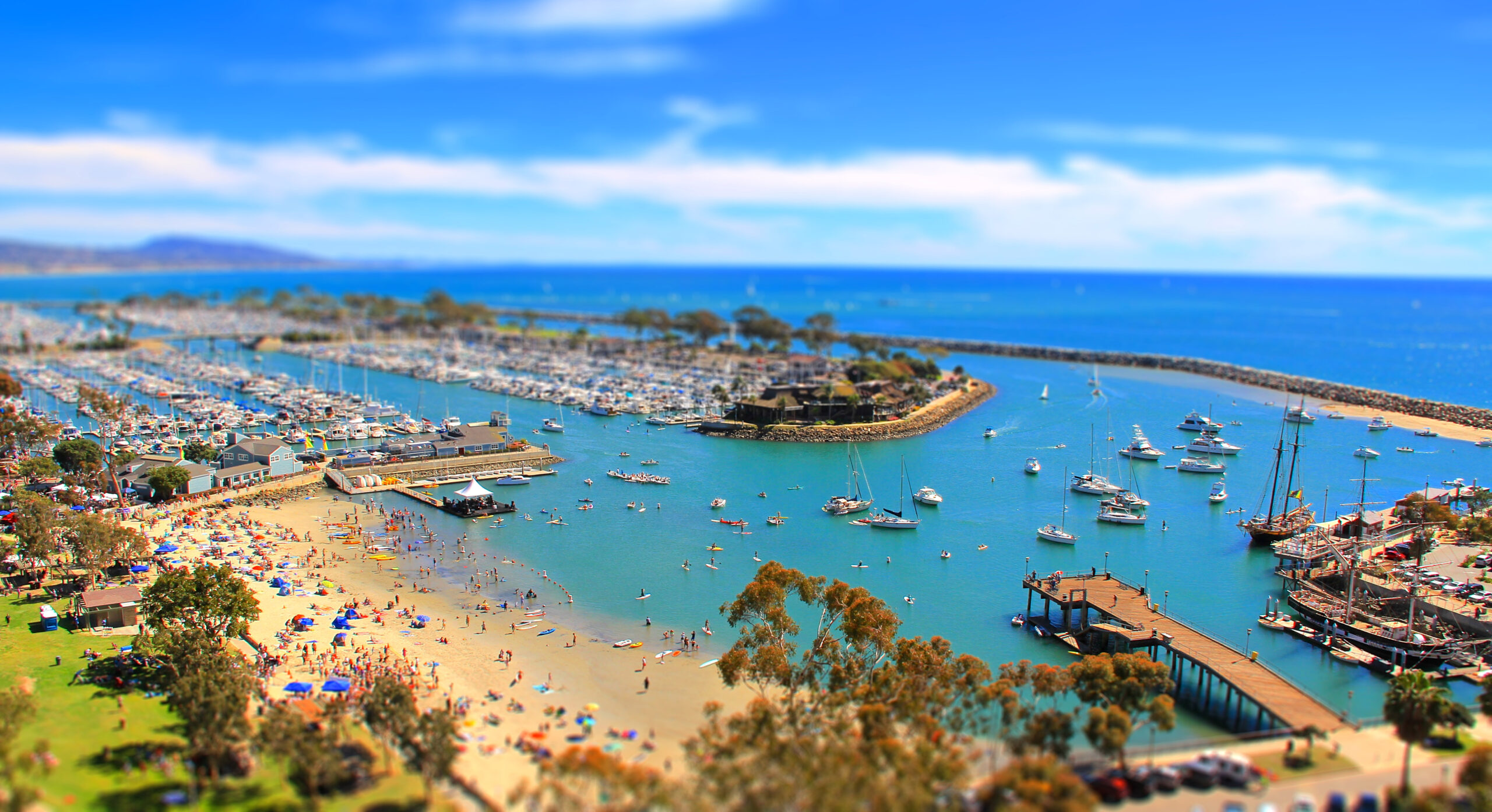 How Four Resorts Partner for Success
Next Article