During an event, there are a dozen things that can go wrong. Likely, at least one or two of those things will go wrong. Most of these are related to the technical side of things; some of these can cause minor delays while others can bring the entire event to an abrupt halt.

As the organizer, you should be aware of what these problems are so you can quickly respond in the event they occur out of the blue.

Gone are the days when registration was done through guests signing in via pen and paper. With the advent of event apps, the sign-in process can be streamlined with guests singing in through their mobile or some other digital system.

A problem with the registration can cause a long line to form with attendees waiting impatiently to sign in so they can enter and partake in the event’s activities. You should have a backup process in place. The simplest way is the old fashion method with a pen and printed logbook. You can always input the information into the system later on.

If your event includes presentations, then you’ll likely be relying on a few pre-recorded videos, or perhaps even a live streaming video from a guest presenter speaking via satellite. In a perfect world, the streaming, picture, and audio quality would all work smoothly. Of course, this is not always the case. If streaming, a bandwidth issue can cause a delay or the video to not play at all. If showing a video from a site like YouTube or Vimeo, a problem with the site can prevent the video from playing, and there won’t be anything you can do from your end.

Always have a backup plan in place. If there’s a specific YouTube video you’re going to play, then save a copy of the video by converting it into an MP4 format and have it available on your computer. This way, you can just click and have it playing in the event the video on YouTube isn’t working for whatever reason.

As for a live stream not working, have a pre-recorded video ready in case a speaker via satellite isn’t able to get through due to technical difficulties. The video should cover the same material and be similar in length to the time the speaker was allotted.

If the Wi-Fi goes down, you’re going to have to scramble to resolve the issue. Part of your planning crew should include at least one person that’s somewhat IT savvy. To minimize the chances of the Wi-Fi going down, use the latest router available on the market. Routers operate similar to radio stations and have multiple channels available. A channel can get “backed up” and “static-y” due to heavy traffic. Newer router models, however, automatically switch to another channel if the one it’s tuned to experiences too much interference.

It’s recommended that you perform a speed test before the start of your event to get a feel for the reception in the area.

More companies these days are using digital signage to display tweets as they are submitted in real-time. It’s a great way to generate PR and create attendee engagement as the event is in progress. However, this method also leaves you vulnerable to hashtag hijacking from trolls.

Hashtag hijacking has forced small and big companies alike to immediately go into damage control mode. If you’re not familiar with what this is, this is a common problem that occurs when other Twitter users use your hashtag for the sole purpose of leaving behind a negative comment, promoting their own company, or starting a Twitter war with other users. Dissatisfied customers have also been known to use a company event hashtag to make their grievances known.

One of the more high profile cases of hashtag hijacking occurred with McDonalds a few years back. In an effort to market its commitment to using fresh ingredients, the fast food giant used the hashtag #MeetTheFarmers, which was later followed by #McDstories to get people to share their positive experiences. The campaign, unfortunately, backfired terribly as customers began using the hashtag to share negative experiences dining with the establishment. 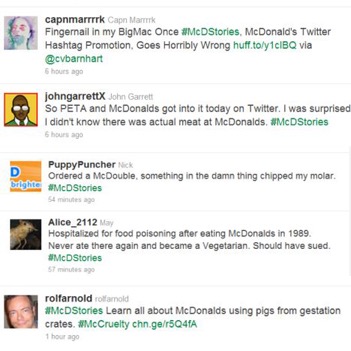 While hashtag hijacking isn’t exactly a technical problem in the traditional sense, it nevertheless creates a huge issue that can tarnish your brand. While you may not be able to completely prevent your hashtag from getting hijacked, you can encourage positive tweets from attendees and staffers to drown out those one or two negative tweets.

You can also encourage them not to respond to the tweets at all. The hijackers, after all, want attention, and if their tweets go without a response, then they’ll likely take their trolling elsewhere.

The radio frequencies your mobile, Bluetooth, and other devices use for wireless communication are transmitted through a narrow wavelength. A disruption can interfere with the WiFi and render most or all of your devices useless. As with addressing poor WiFi issues, correcting radio interference is a job that should be left to an IT guy; hopefully you have one among your staff that knows a thing or two about troubleshooting.

Most interference can be addressed through the following:

It’s irritating when there are certain areas in a venue where your mobile just refuses to get a signal. This certainly will not sit well with guests and can also interfere with communication between the staff members. The best way to remedy this issue is to test the venue before the start of the event for areas that might get a fuzzy signal. This way, you’ll be able to direct attendees to areas where they can get a reception if the issue comes up.

Another solution is to install a cellular signal booster in the form of an antenna and dual-band amplifier system. The device is effective for boosting indoor signal strength and may especially be useful in facilities notorious for having multiple dead spots.

Be Prepared for all Tech Issues

Tech issues may arise even in spite of your best planning efforts. As long as you have a backup plan, then most issues are resolvable. This ensures the problem is promptly fixed without staff members running around like headless chickens. 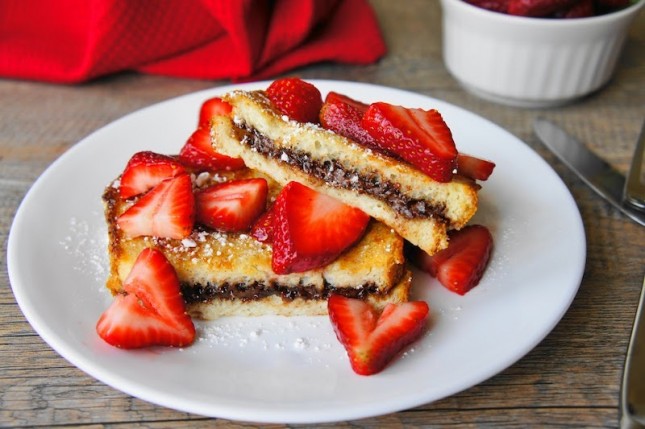 We Pinned It: Valentine's Day
Next Article